By Droit Penale Newsletter - January 04, 2022
CITY JOURNAL OF LAW & RESEARCH  VOLUME 1 ISSUE 1 About City law College City Law College has been seeded with an aim to impart a high standard of legal teaching with missionary zeal so that young lawyers become fully competent to pursue their noble legal profession with knowledge, caliber and dignified standard. We not only lay emphasis upon procreation of degree but also insist more upon developing a sense of loyalty to be practically observed in pursuing their law practice as a noble profession indeed. It is the determination of our College to make the students not only fully equipped and well conversant with the comprehensive knowledge of all the branches of Law but also to enable them to become fit and eligible for transnational legal system, capable to take independent decisions and face the problems ahead like to be encountered in the complex business mechanism of present scenario. We firmly believe that the legal educatio
Post a Comment
Read more

A Perusal Of Minority Rights In India 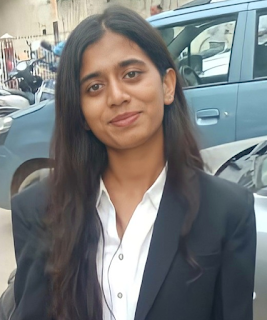 The author of this blog is  Niharika Kumari , student of 3 rd year, BBA LLB (H) from Chanakya National Law University, Patna Introduction  The Constitution of India was adopted and passed on 26 th November, 1949 by the constituent assembly and later enforced on 26 January 1950 which is nearly 71 years ago. The Indian constitution grants fundamental rights specially to the Minorities in India but the term “Minority” itself is not defined in Constitution. Section 2(c) of the National Commission of Minorities Act, 1992, defines minority as a community notified as such by the Central Government [i] and it includes Muslims, Sikhs, Christians, Buddhists, Jain and Zorastrians (Parsis) [ii] . However, according to UNHRC “A Minority is a national or ethnic, religious or linguistic group, fewer in number than the rest of the population, whose members share a common identity. [iii] .” Constitutional Provisions Articles 29 to 31 of Part III of the Constitution describes the Cultural and E
Post a Comment
Read more

By Droit Penale Newsletter - September 29, 2021
About the Organisation Indian Law Journal on IPR (ILJIPR), operating under the aegis of the Droit Penale Group, is inviting submissions on contemporary issues related to Intellectual Property Rights for publication in the second volume of the journal. About the Journal The Indian Law Journal on IPR (ILJIPR) is a peer-reviewed, double-blind and open access journal, operating under the flagship of Droit Penale Group, wholly devoted to the study of intellectual property law. With the journal ’ s objective being the exposition of contemporary developments in intellectual property law, we encourage authors to explore the latest developments in the field while also giving readers an insight into overlooked areas of the law. Contributions may be in the form of articles, essays, notes, commentaries, and reviews. Submissions will be put through an exhaustive review process and published on the official website. Submission Guidelines All submissions must include an abstract not exceeding 300 wor
Post a Comment
Read more

By Droit Penale Newsletter - September 29, 2021
About the Organisation Indian Law Journal on Crime & Criminology (ILJCC), operating under the aegis of the Droit Penale Group, is inviting submissions on contemporary issues related to Criminal Law & Criminology for publication in the Fifth volume, Issue 3 & 4 of the journal. About Droit Penale The term Droit Penale literally means criminal law. It has a French origin and deals with the various facets of crime and criminology. As a massive field of academic study, Criminology tends to cover criminal law and jurisprudence apart from dealing with crimes and criminal and socially deviant behaviour of criminals. While Criminal law mainly focuses on the punishments coupled or labelled with such criminal behaviour. The ILJCC, a student-friendly law journal, has emerged bearing the idea to capitulate a thorough approach towards all these fields. It aims at providing a detailed analysis and assimilation of various issues on a single rostrum contrary to the concept of dealing with f
Post a Comment
Read more
More posts